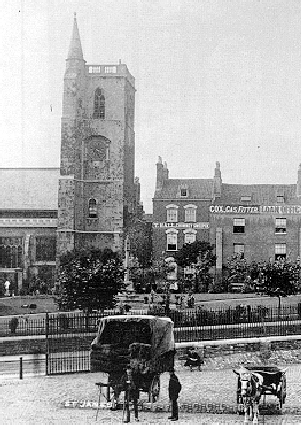 Thomas Stone was born in Horfield, Gloucestershire, England on the 28 January 1796, the eldest son of Thomas Stone and his wife Lucy (née Cains). He was baptised on the 24 July 1796 at St James’ Bristol.

His grandfather, James had established a pawnbroking business at 6 Old Market Street Bristol and according to the Bristol Directory of 1819 Thomas had joined his father in the family firm.

Ann Withers was born on the 30 August 1798, the eldest daughter of John Withers and his wife Susannah (née Cooke). 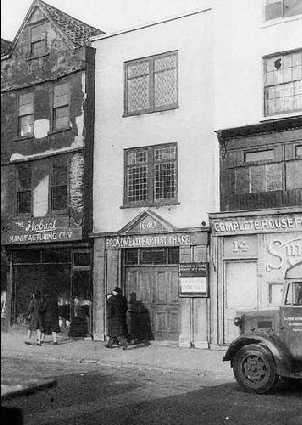 The family attended the Broadmead Baptist Chapel in Bristol so she was not baptised as an infant but her birth was recorded in the church register.

After their marriage in 1817 Thomas and Ann went to live at Lawrence Hill. 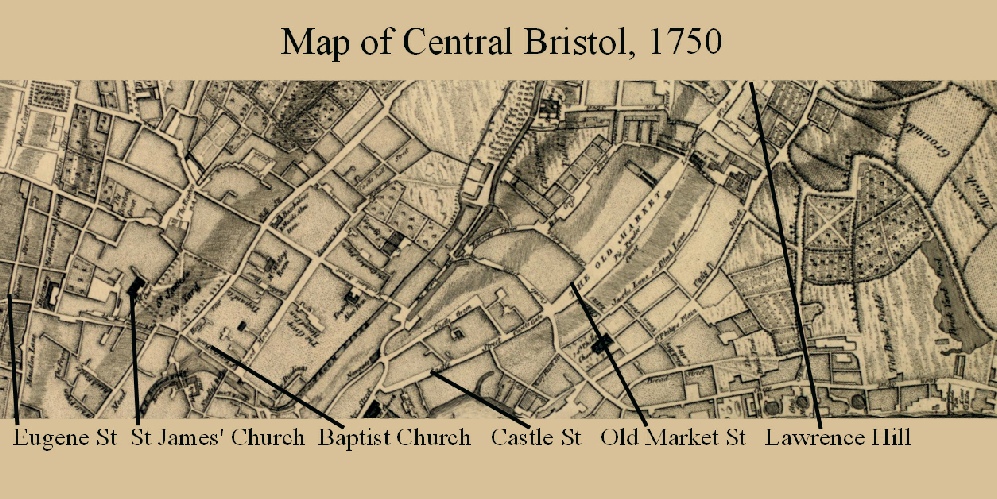 Since the early nineteenth century there have been many changes.

St James’ Church is no longer the local parish church.

The Broadmead Baptist Church replaced its nineteenth century building in 1969 and is now “The Church Above the Shops”.

Castle St in now part of a parkland area.

The lower end of Old Market St was devastated in WW2 and a freeway crosses its lower end where the Stone premises were situated.